This ulu tree has been here on our home place
for over 40 years.
While working at HC&S Sugar here on Maui,
the manager at the time, Bill Haines, suggested
that I might be able to get one of the volunteers
that were sprouting up under his tree in Hali'imaile
to transplant over to my place.

The first three attempts to dig up a keiki
and transplant it to my place in Pukalani
were failures, as I did not dig up enough root
to transplant with the baby tree....

For the fourth attempt I cut both ends
of about 3' of the root the shoot was
growing on, gave it some time with
frequent watering, then dug it up and
replanted it at my place.

It took about ten years of adjusting to the
climate and the 1,500 foot elevation at our place,
but eventually the tree took off and today it
dominates our yard.

The fruit is quite seasonal and is in it's glory right
now in the middle of October, 2020. 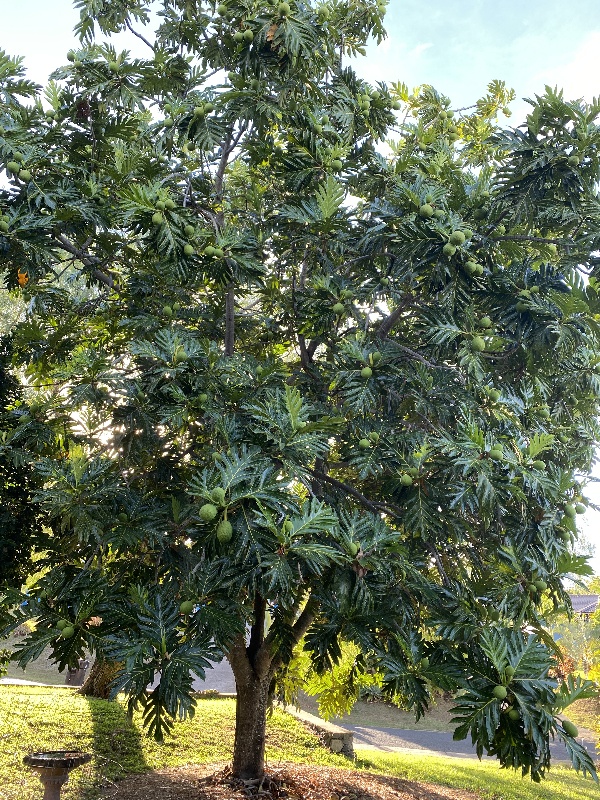 It's treated completely organically, gets no chemical fertilizer,
and lots of green material is mulched around the base as
often as possible, including green waste from the kitchen. 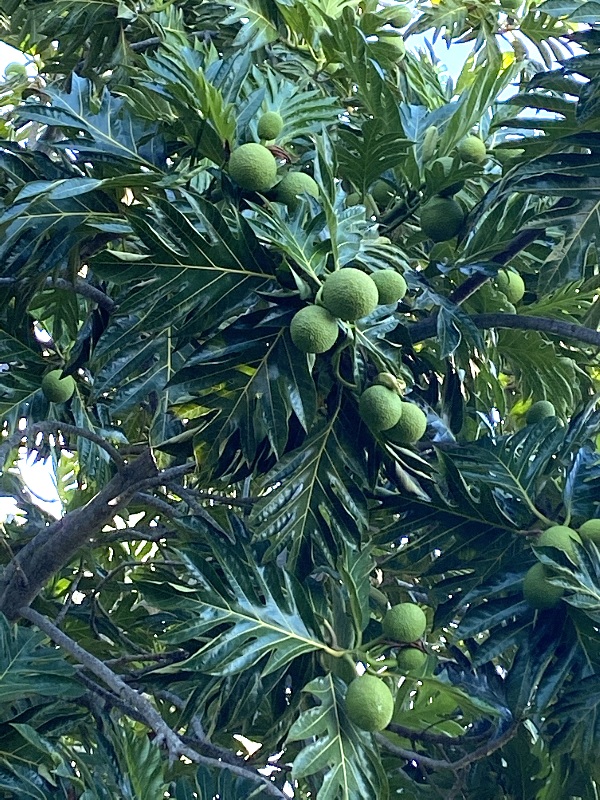 We get a variety of smaller to medium size fruit
from this tree, and we share all of it
with family, friends and neighbors. 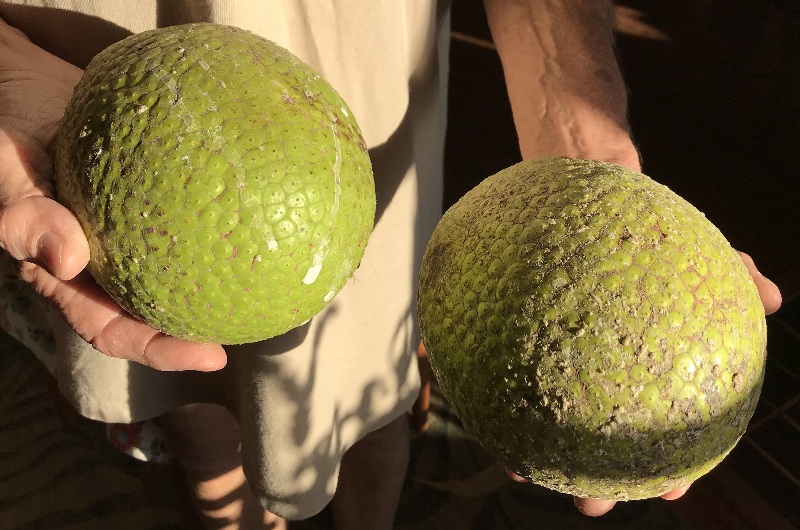 The early stage fruit is firm and cooks like a firm vegetable.

Later stages it can get quite soft, and works quite
well for sauces, and chowders.

I like to steam it first, about 2 hours with the water
barely boiling in the steam pot, then core it,
usually peel it, and it's ready for whatever
recipe I want to try. 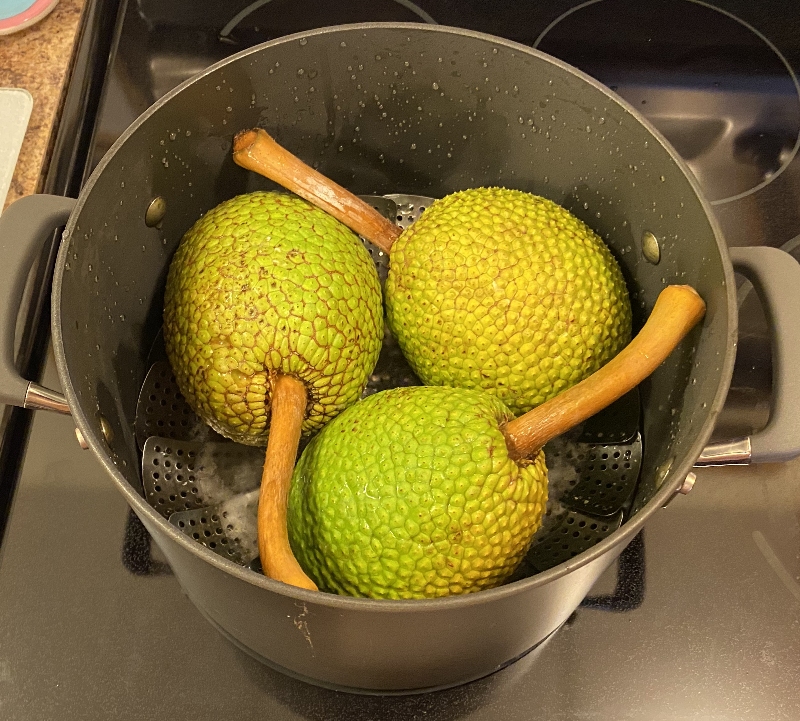 This is a fairly young stage, quite firm,
we get various inside fruit colors ranging from
pure white to almost totally green. 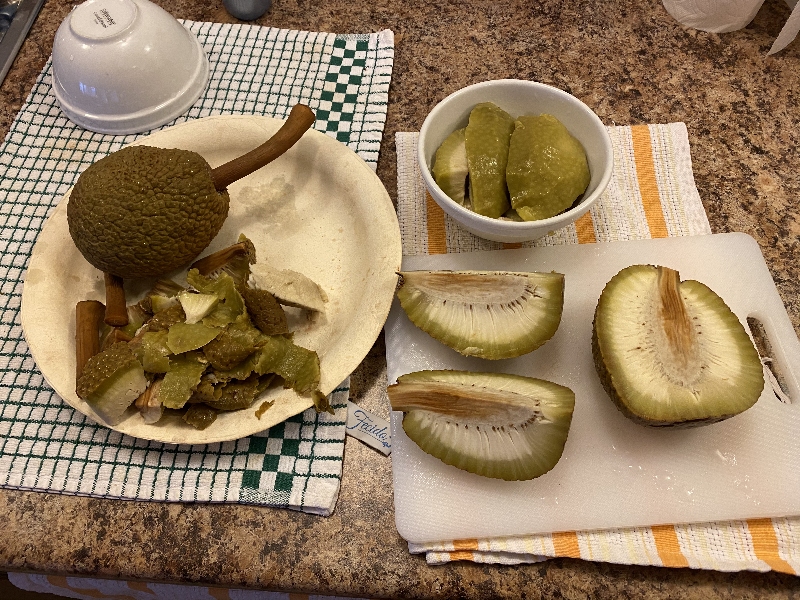 During the busy season we prep and freeze a lot of ulu.
Steamed, cored, peeled, and placed in ziplock bags
with as much air sucked out as possible. 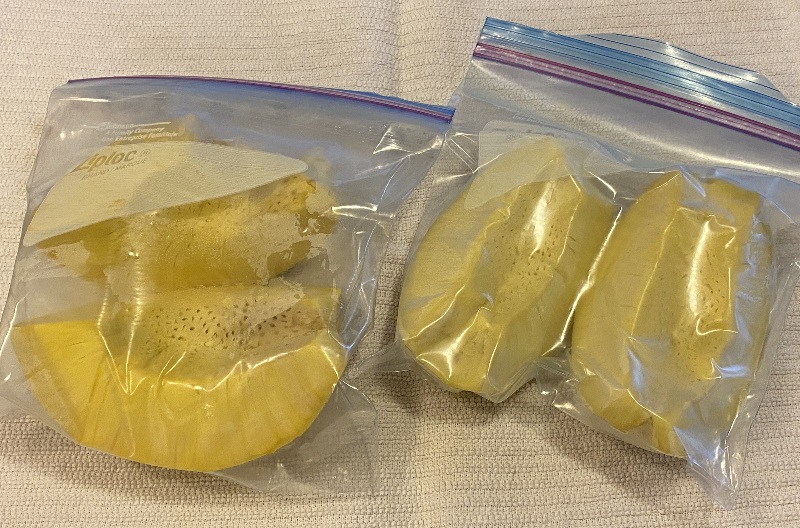 It freezes quite nicely and keep quite well in the freezer for up to a year,
but mostly gets used during the winter and spring when no
fresh ulu is available from our tree.